look at my tumblr

lalaman
Posted: 1 month ago at Dec 15 13:42
Good morning, I hope you're well! I have created a list of the best lists of 2020 and I have nominated your list(s). Check it out, and if you have any more lists you would like nominated please let me know, same goes for other peoples' lists you really like from this year!
List link: www.listal.com/list/best-lists-of-2020

johanlefourbe
Posted: 6 months ago at Jul 20 12:47
At last, I'm finally done with this list!
If you are interested and you want to check the end-result, you can use the following link :
Listal's 100 Films To See Before You Die (2020)

If you want, you can double-check the end-result : www.listal.com/list/listals-100-films-see-before-9545

I'm currently working on a new project and maybe you could help me out.

You just need to click on the link underneath and provide your 10 favorite movies. 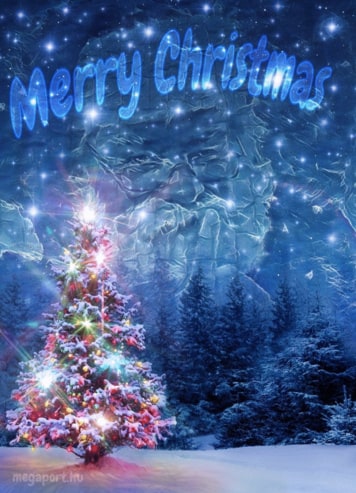 johanlefourbe
Posted: 2 years, 10 months ago at Mar 22 14:43
At last, I'm finally done with this list and this year, there is a big surprise with this end-result!

If you are interested and you want to check it out, you can use the following link:
Listal's 100 Films To See Before You Die (2018)

If you want, you can double-check the end-result : www.listal.com/list/listals-100-films-see-before-5811

If you are interested and you want to check the end-result, you can use the following link : Listal's 100 Films To See Before You Die (2017)

johanlefourbe
Posted: 3 years, 12 months ago at Jan 24 15:02
Would you be interested in helping me with one of my lists?

You just have to go the following link and provide your 10 favorite movies : www.listal.com/list/listals-100-films-see-before-9773 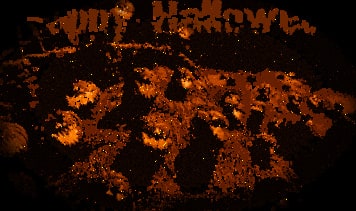 View all of CD Smiles's friends

1 day, 5 hours ago
CD Smiles added 2 items to their collection

January 17th Directed by: Masahiro Shinoda On the surface, another impenetrable samurai protagonist who is always just, honorable and chaste. Now it's not that any of that is untrue, but there are also many unexpectedly poetic moments underneath it all. Yet at the end I felt like a child, giddy to watch the good guy take on the mysterious entity built up through the whole movie. I can't think of another samurai movie to genuinely make me feel like I was watching Saturday morning cartoons or something, this movie really took me to a lot of places. Downloaded.
2 days ago
CD Smiles rated Ozzmosis

January 16th Directed by: Eric Rohmer This is a New Wave hidden gem, far more radical than The 400 Blows, again, shockingly so if you're used to Rohmer's 80s and 90s works. I thought this was gonna be a chore to get through at first, honestly the first 40 minutes are pretty hard to give a shit about, but then it morphs into an entirely different movie. I really enjoyed the disgraced American big-shot lost in Paris, some people seem to find this to be the boring part but for me it was by far the most exciting bit of this film, and also makes up for most of the run time! This is intriguing just as kind of a secret Nouvelle Vague entry, it's not one of my favorite Rohmer films. MUBI.
2 days, 18 hours ago
CD Smiles added 1 item to Albums Heard in 2021 list

January 16th Directed by: Chloé Zhao I feel like it happens to me all the time that I watch a new movie and it just makes me completely lose hope in new movies and give up on them for a while again. This is a very utilitarian movie a visual point of view, very point-the-camera-at-the-thing filmmaking. When they did attempt to do a nice establishing shot or something it still felt entirely uninspired. There's a scene in the movie where Fern watches a video on her phone and it zooms in to take up the entire screen, you can tell this sequence was shot on a phone but it really doesn't look all that different to the rest of the film. Actually it would have been clever if this entire movie was shot on phones, y'know, mobile and all. The only creative aspect I can really praise might not even be creative; a lot of this movie is hearing from random drifters that Fern meets, and they feel like entirely real people. If they are, then that's great, I love that, but I can't really give much credit to the filmmakers for just pointing a camera at an interesting person. As good as those scenes are, they only make up a fraction of the film. There were a few times the writing made me groan, like how about we make the main character, who is a roaming nomad without a home may I remind you, how about we make her family real estate agents? Isn't that so IRONIC? Or how about when the one drifter Dave seems to be settling down with his family, we have Fern point out that he has a flat on his van and he HADN'T EVEN NOTICED? Because he would just completely stop caring or paying attention to his primary vehicle once he stopped drifting. These are sort of nitpicks but it's indicative of the amount of thought that went into this movie I feel. Some of it is really nice, I got a feeling that this movie could help certain people through some hard stuff. The ending is really nice, I kind of felt like the entire movie existed just for that ending, also one of the few things expressed through filmmaking and not just having people talk at the audience. This movie is an okay story executed not particularly creatively. I'm not mad at it, but I don't suppose I really feel anything about it. Downloaded.
3 days, 5 hours ago
CD Smiles rated Last Letter

January 15th Directed by: Eric Rohmer Man I really did not expect the content of these early films from Rohmer, he had an interest in some dark fiction in his youth. This is absolutely fascinating for French cinema fans, there's a shot from this film that I saw a long time ago of Rohmer and Godard, I assumed it was just a photograph but here it is, in this fiction film starring the two as actors. Despite being shot on 16mm, this looks incredible, much better than Bérénice, the difference is wild for only two years. This is a very good story, with very good dialogue, it's exciting visually, especially in it's final moments. Again, surprising if you're a fan of Rohmer's later works, but I'm putting this right up there with some of his best. MUBI.
3 days, 19 hours ago
CD Smiles added 1 item to Albums Listened to in 2014 list

January 15th Directed by: Shunji Iwai Very pleasant vibe that this story lumbers along through, many scenes feel several minutes too long, the music is sometimes distracting, other times overbearing making every moment feel like it's supposed to be the emotional climax, making the experience feel even longer. I'm making it sound way worse than how I actually feel about it, there are parts in the middle I found myself tuning out for but I really loved our time with Yuri in the first half of the movie or so, I loved seeing Takako Matsu from April Story, and the third act is full-on beautiful. Ends on a high note so it makes me feel like I loved it, and it's not like I was bored or anything, but overall I don't know if this does anything to make it above average. Good movie, no real reason to recommend it though. Downloaded.
3 days, 22 hours ago
CD Smiles posted a image

January 15th Directed by: Shunji Iwai Immediately I feel like I have to see this one again. I'm not used to something so dense from Iwai and I was also genuinely confused by the two main characters being played by the same actress, kind of wish I knew that going in. I really need a re-watch to dig deeper into the story but I can tell you that this movie has really nice warm undertones at pretty much all times, and one very specific thing I've learned about Iwai is he enjoys his protagonists taking photos of things. I enjoy that too. The movie is a little bit heavy handed but I do think it's earned to an extent. I'm getting big Koreeda After Life vibes off of this and that's huge praise, this needs to sit with me for a while for me to understand if it really is that great. Downloaded.
4 days, 1 hour ago
CD Smiles rated Bérénice